Psychoanalytic theory, founded by Sigmund Freud during the twentieth century as a means to evaluate and cure mentally disturbed patients, lurks beneath the surface of traditional Fairy Tales, barely hidden. When these stories are read in Freudian terms of latent and manifest content, (as described in ‘The Interpretation of Dreams‘), it’s possible to read familiar narratives as psychological tales of sexual development, personal growth and female suppression. 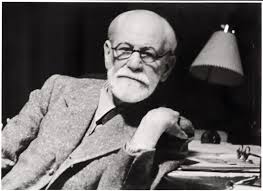 Psychoanalysis can be applied to literature in the same way it is applied to dreams. Dream-like, shifting in nature and purpose, Fairy Tales are often an arbitrary collection of images more than a clear and linear narrative. As in dreams, the content of these images is much more important that the precise wording of the story.

In the original Sleeping Beauty story, for example, the thirteenth fairy who curses Sleeping Beauty becomes a threat only because she has been wilfully isolated, a psychoanalytic mechanism called ‘the return of the repressed.’ This proves true again in the story when the princess pricks her finger on the first spindle she sees, only because spindles have been banned, leaving her inexperienced and, so, curious. The virginal Sleeping Beauty is literally ‘pricked’ before slipping into a coma. The metaphorical phallic imagery here – the castle turrets, thorns, spindles, and repressed desires, are more telling than the tale itself.

Dwarves and The Death Drive

The traditional story of Snow White isn’t a far cry from the Disney interpretation. At the end of the tale, a Prince purchases Snow White’s body from the seven dwarves, having fallen for the Princess when he first lays eyes on her – despite the fact that she is, infact, dead. This marginalised aspect of the Fairy Tale demonstrates necrophilial desire and the theory of the death drive. Elizabeth Bronfen argues that in ‘Snow White,’ the prince desires the dead princess because through her corpse, he is able to validate his own life:

The male identity must define itself through the female. In gazing at Snow White’s corpse, the Prince’s lifeforce grows stronger. Even more unusual, the Prince actually buys the corpse from the seven dwarves, encased in its casket. It is pertinent that he wants the body to remain in its transparent coffin, preserved like a centre-piece or an ornament.

Stolkholm Syndrome refers to the paradoxical developments of positive feelings between hostages and captors, which occur as a coping strategy following traumatic experiences. In Charles Perrault’s Beauty and the Beast, Beauty displays classic symptoms of Stolkholm Syndrome when she falls in love with, and eventually marries, the man (beast) who kidnapped and imprisoned her.

In the Disney version with which we’re all familiar, Belle befriends candlesticks, clocks and other inanimate objects – is she suffering from stress-induced mental illness? The original story is not quite so song-and-dance, but Beauty is still seen to keep company with bizarre creatures, most notably ‘footmen, […] having heads like apes, but dressed in the richest of liveries.’ So lonely is she, that despite the strangeness of their appearance, Beauty finds the change ‘an agreeable one.’

In The Little Mermaid, Arial must lose her voice in order to become human and obtain the man she desires. To walk on land, the young mermaid has to surrender her speech, her words and the only thing which the man she is searching for recognises her by – her song. In giving herself to him, she loses the ability to express her opinions, and simultaneously her identity.

‘The death of a beautiful woman…

… is, unquestionably, the most poetical topic in the world,’ according to Edgar Allen Poe. The sleeping Aurora, the comatose Snow White, the submissive Belle and the voiceless Ariel are all testament to Poe’s famous words. There’s so much more that could be said on the topic of psychoanalysis, but for now, I’ll leave you with this last thought – children’s tales are brimming with misogyny, sexual desire and repressed carnal instinct, yet we relish these stories, passing them on generation to generation. They are undoubtedly Wonderfully Weird…

NB: The popularity of this post has astounded me. Having realised how interested people are in Psychoanalysis and Fairy Tales, I’ve set up an independent blog focussed solely on understanding psychoanalysis and its application in literature. Please follow Fairy Tales and Freud for more from me 🙂

For more on Fairy Tales and Freud, check out Between the Sheets: a Fairy Tale Collection, available on Amazon. The collection includes an essay on the above titled ‘Fairy Tales, Freud and Writing the Self.’