The Blackbird Singularity by Matt Wilven 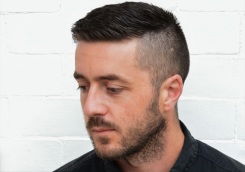 Matt Wilven’s debut novel is a haunting story of grief, love and loss in the modern day. When his partner falls unexpectedly pregnancy, Vince stops taking his lithium, vowing to regain control over his mind and body. As withdrawal slowly but surely sets in, Vince can barely hold himself together, despite remaining adamant that his actions are worthwhile.

Cooped up indoors, Vince becomes preoccupied with a blackbird in the garden, building an unlikely friendship founded on sultanas at breakfast time. Meanwhile, Vince’s partner, Lyd, slips further from his grasp, their relationship growing more and more fragile, eventually scattered with the currants by his own shaking hands.

Before long, Vince begins to hear the footsteps of his deceased son in the attic, footsteps which become much louder to him than the pulsing heartbeat of his unborn child. Now financially as well as emotionally unstable, Vince begins to lose all grasp on reality, holing up by himself in the attic to play hide and seek with the ghosts of his past.

What fascinated me about the text was Wilven’s use of the blackbird as omen. We are left wondering whether or not Blackie, the garden’s most social inhabitant, was ever more than a friendly bird with a fondness for sultanas. Was Vince’s illness a gateway, helping him tap into another world, a world in which his son lurks behind boxes in the attic and blackbirds communicate warnings with a glance, or was he really and truly detached from physical reality, a man left drifting in a cruel world. Does it even matter?

Through grief, love, loss and despair, The Blackbird Singularity is ultimately a novel of hope. While Vince struggles with his own demons, Lyd remains strong and steady, quietly carrying their baby to term and inspiring Vince to take better care of himself, physically and mentally. The song of the blackbird is high and sweet, and it carries us through this well crafted novel, the last note ringing clearest of all.

Pre-order the book from Legend Press in paperback or ebook here.