‘A wanderer, a mongrel, she feels she belongs nowhere in particular. Home is somewhere else, but she hasn’t found it yet.’ 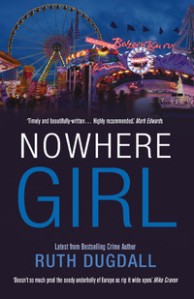 When seventeen year old Ellie Scheen disappears during Luxembourg’s biggest festival, her world is rocked beyond belief. The police will not file a missing person’s report for forty-eight hours, especially not for a rebellious teenager who has been known to go missing of her own accord – this time, however, Ellie’s mother Bridget is certain something is wrong.

As with each of Ruth Dugdall’s novels, this isn’t so much a ‘whodunnit’ as a ‘why-dunnit,’ exploring the characters’ past experiences and secret lives. Bridget’s own history is relived through the letters she addresses to her missing daughter, the truths she confesses to an anxious Cate Austen and the memories she recounts. Cate’s own life is also explored in depth in this novel, the fourth to feature the ex-probation officer. Cate’s character has grown throughout each of Dugdall’s novels, her story threading seamlessly alongside the stories of the criminals and unstable characters she encounters. Having left the UK, and her job as a probation officer along with it, the tenacious Cate is nevertheless drawn into the grimy underworld in search of the missing girl, determined to find Ellie before it’s too late. 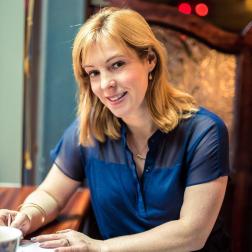 Although Ellie Scheen is described as belonging ‘nowhere in particular,’ the vivacious teen seems to know herself and possesses the courage to fight for what she believes in. It is Amina, for me at least, who is the real ‘Nowhere Girl.’ Amina’s story runs alongside Ellie’s – a young girl seeking refuge in the form of ‘Harraga,’ Amina is lost in a culture wholly unfamiliar to her, torn from her family and all that she knows. But how does Amina’s life sync with Ellie’s? Will the two girls meet and support each other in their flight? Despite their many differences, are Ellie and Amina more similar than first imagined? Interestingly, Dugdall has once again featured women at the helm and forefront of her story. In her work, women are frequently cast as victims, perpetrators and heroins alike, highlighting the ever-changing nature of women and human beings.

Dugdall’s work reminds us that people are never all good or all bad – we are complex human beings made up of many layers, morals, ethics, opinions and experiences. This is a story about the instability of humanity, the frail line between love and abuse, and the lengths a parent will go to for their child. A dark and disturbing crime thriller written by a supreme talent.

Pre-order the book from Legend Press in paperback or ebook here.

More titles by this author:
The Woman Before Me
Humber Boy B