‘I tell myself my longings for freedom are nothing but the rhythms of my childhood that still refuse to leave me.’

When Jen’s estranged grandmother Lily passes away, she and her daughter Marianne are tasked with clearing out the remains of her seaside apartment. Inevitably, amongst lazy afternoons baking and evenings spent eating fish and chips straight from the wrapper, Jen can’t help but uncover long-buried family secrets.

Try as she might to close her eyes and turn away during the day-time, Jen’s dreams are haunted by the second-sight she has inherited from Lily, the grandmother she once believed to be a witch. What will the dusty old photo album reveal about Jen’s strong-willed grandmother, her own history and the stories she has always held as true?

Twelve year old Marianne is the most compelling character, still young enough to be untainted by adult cynicism, she sees the world sharply and with clarity, encouraging her mother to be kind to the cantankerous old man living beneath them – after all, he was clearly once dear to Lily. Jen’s husband, Daniel, who’s character we glimpse only through text messages to his wife, is an infuriating man with little to no likability – what first comes across as intensely loving quickly becomes needy, jealous and possessive behaviour. Bear with these conversations – Daniel’s character becomes easier to understand as the novel progresses and Jen’s own mind blossoms. 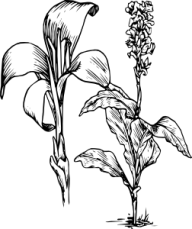 Inspired by the author’s love of Cornwall, where her grandparents lived and she spent summers as a child, Parkin’s story is set in an almost magical otherworld, an old hotel wrapped in the salty sea air of an unknown town. Like Carly Holmes’ The Scrapbook, much of the story is unveiled through memory, photography, scraps of paper, cryptic notes and crushed petals. Mesmerising and ethereal, Lily’s House was a wonder to read and a book I could scarcely put down – Parkin’s writing reeled me in and kept hold of me from start to finish. A rare 5* and a must-read for anyone who enjoys female fiction, family history and stories with a unique and original voice.

Order the book from Legend Press in paperback or ebook here.