You have a day job. What do you do and how does it fit in with your writing? 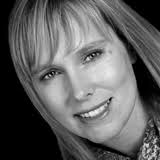 It doesn’t really. I’m a buyer for an engineering company, so the writing was more of a hobby for me. Becoming published made writing more of a hobby! I work part-time in my day job and then I write when I’m not at work. There’s not a huge amount of money in writing at the moment – an awful lot of authors do have day jobs so that they can pay their bills. I used to work freelance a few years ago, just in my spare time I did some work for the local newspaper and some magazines and things. I do the website updates at work, but generally, my job doesn’t contain all that much creative writing. I only work part-time, but I do have a family as well so it’s definitely a juggling match. My family are great, they’re very supportive, and very patient, but I think you just have to take advantage of whatever time you have. For example, my daughter goes to swim class and I often take my laptop and find myself typing away while she’s in the pool; you have to do it as and when you can.

Do you find that there is a conflict between inspiration, creativity and your workload?

Absolutely. I’ve spent the whole day today in complete procrastination. I’ve spent half an hour changing the name of a character, and then I’ve spent an hour indenting my paragraphs. I just wasn’t in the right frame of mind to write today. Some people aim to write 3000 words in a day, and I think ‘gosh, I’d be lucky if I did 500 good words in a day.’ But I don’t tend to write like that, I tend to write in scenes, so I’ll research, and I’ll think about it and I’ll think about my characters, and I might even go out to where they are and have a look and get a feel for the place. Then I’ll come home and write that scene. I’ll work on it until that scene is finished, then I’ll move on to the next one. I have to edit as I go along. I can’t live with a load of drivel, and then have to pick through the bare bones afterwards to try and find something good in it. I can’t do that. It doesn’t work for me.

Helen is a strong female protagonist. Is it important to you to have a female lead in the books you read and write?

No, not necessarily. I think the reason Helen became a woman initially was because I felt more comfortable writing in those shoes. I know how women talk and think and everything like that, so I began with writing in a female voice, but in my next book the lead is a man, which has been really interesting. I am going to write another Helen Lavery novel. As a woman, it’s probably easier to write through the eyes of another woman. I did so much research for Helen’s character, so much. I interviewed people at all different levels of the police-force. I wanted a character that was believable and relatable. I wanted her to be like somebody you would know. I made sure that she could fit in to my local police-force – she could be a character there, and obviously she’s got to be pretty ordinary as well.

What authors inspired ‘The Truth Will Out?’

Probably my favourite crime novelist is Patricia Highsmith (‘The Talented Mr Rippley’). I just love how she writes through the eyes of a serial killer. He’s such a believable character, and a twisted character. I think that sort of formed the basis of the research I had to do for my antagonist. I wanted to make sure I had his background right – I even had a psychologist look over everything for me, to make sure that his problems could believably have stemmed from his childhood. I also wanted that to come through for readers; for people to look and realise he’s not just another bad-guy. Her [Highsmith’s] influence was huge there.

When it comes to detective work, I really like Peter James. I like crime-series’ on telly too – The Killing is good. It has a strong female lead, so that’s quite influential in that respect.

In your opinion, why is Nate so criminally minded? 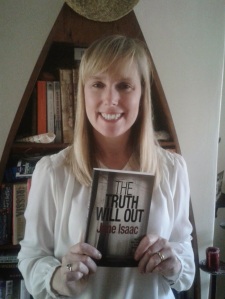 Poor Nate, bless him, his Mum was a heroin addict, and, unfortunately, some children born to heroin addicts can be effected mentally. She didn’t bond with him, which caused him to suffer with attachment disorder. He doesn’t bond with anyone, for the first few years of his life he has no one. That makes it hard for him to form social bonds later on in life. That really gave him the twist in his character, because the only person that ever showed any interest in him was his Uncle, who is in prison. By the time he came out of prison much later, Nate has gone through his formative years and it’s too late. His Uncle is able to mould him in to what he wants him to be.

In your opinion, is Nate’s criminal nature entirely to do with his past or is there something fundamental within the human mind which causes aggressive behaviour?

I know there’s a nature/nurture argument, but I believe that your life experiences do shape you. You live the life you expect.  Nate’s mother could have been a heroin addict who didn’t bond with her son, but, with different treatment things could have been different for him. Poor Nate doesn’t get any of that, so he does become quite a corrupt character. I’ve done an awful lot of research on serial-killers and murderers and their backgrounds, and more often than not they come from troubled upbringings. I could read crime fiction forever but real crime is horrible to read. There’s something about the comfort of crime fiction – it might be really scary but it’s not real. But real crime haunts you,  you know it’s really happened. That part of my research gave me nightmares. I felt I had to read it because I had to know what was going through their minds but I didn’t enjoy it at all.

Chilli Franks and Nate represent strong family ties, despite their moral corruption. What significance does their relationship play for you?

Chilli is the only person who ever cared for Nate. He was the first person to give him his own bedroom. Before being taken in by his Uncle, Nate had been passed around from Aunt to Aunt, so he has a huge influence over his nephew. Had his Uncle been a different character, who treated Nate differently, he may have come out much nicer! He gets bogged down in Chilli’s sordid dealings and his lifestyle. It’s instinctive for Nate to follow him around and do his dirty work. Chilli has definitely moulded his nephew into what he is, whether deliberately or not.

It’s a complex relationship. In his own way, Chilly does love and care for Nate, and yet he puts him in the worst possible position.

Chilli has a very selfish nature; he doesn’t really care about anyone but himself. Nate is the only family member he’s ever bothered with. He gets to a point of believing everyone is against him, so having Nate with him makes him the only person he can trust. And yet he has Nate commit all his bad deeds. Poor Chilli, he’s crumbling and falling and losing his grip on everything. He feels that Nate is the only one there for him, but only because Nate is useful to him; for no other reason. To Chilli, Nate will always be there, always ready to help, and he’ll always keep his mouth shut.

Love and betrayal are major themes within the novel. Are these storylines important for you to see within crime fiction?

It was more personal than that really. Helen loses her husband about ten years before the novel is set, and then Dean comes along. She doesn’t have many guilty pleasures, so for her, he is her one guilty pleasure. That’s a relatable concept – we all have our guilty pleasures!

What’s next for you? Do you have anything else in the pipeline?

I’m writing a novel at the moment which is set in Stratford-Upon-Avon. It’s a whole new line of characters, and there’s a strong Chinese element in this one, so there’s been a lot of research! But it’s been a very interesting book to write – hopefully I’ll have my first draft in a couple of months.

I’ve also started work on my third Helen Lavery novel. You get to know your characters really well – Helen is real to me, she sits in my head all day! When you like a character, it’s hard to let them go. I’ve read a lot of crime fiction, and I’m not suggesting that I’ve done anything different to anyone else, but I’ve never come across anyone like her, in her situation. When I was submitting the first manuscript, a couple of people suggested her character might be a bit boring, but others have said that she’s a strong lead. She’s believable, she’s a single parent, she has teenage sons – people can relate to that! I think that’s what makes a good novel.

Pre-order the book, which will be released on the 1st April, here.