Why did you decide to re-release the novel with an additional chapter? What do you think the supplementary text brings to the story? 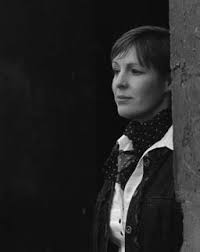 That’s a really difficult question. It was the publisher’s idea. When the book was first published in 2010, (Legend Press is quite a small publishing house), and they didn’t know how popular it would be – it exceeded their expectations and mine. So they thought a new addition would attract a new audience and reviewers who wouldn’t review indie books. They wanted to put something new in to attract people back to it, so they suggested a new chapter. I wasn’t sure because for me, the novel ended where it ended, and I had to get back in to Cate’s head and Rose’s head.

I tried a few things that didn’t feel right, before I eventually decided to write about Rose’s release day. Not only did that feel right, but also it seemed like the start to something else; something new and different.

A lot of people ask me about the original ending, it feels unresolved for them. I think that final new section makes it absolutely clear that Rose had to serve the rest of her sentence, she is going to be released, but Cate is still keeping an eye on her.

You explore some difficult topics in your novels, such as murder, assisted suicide, self-esteem issues and redemption. Do you choose these issues because they’re close to your heart, or are they simply the foundations of a compelling storyline?

It’s not a choice. It’s not something I choose to write about, it’s something I’m drawn to. That’s not about me as a novelist, it’s about me as a person. I’ve always been drawn to darker stories, I’m interested in human behaviour that is odd, deviant. I can trace that right back to primary school. I could give you examples of times when I’ve befriended people who are troubled. I’ve always been very aware of other people’s difficulties, other people’s misfortune. The conversations we had at home were not superficial or light or cheerful. Even if I go around to visit my parent’s now, we’ll talk about the Madeleine Mccann case; that’s what interests us. I think that’s why I became a probation officer, and why, when I became a writer, I started to write about darker stuff. I’m never going to write a light comedy.

One of the criticisms for my writing was that there wasn’t enough redemption, or enough likeable characters. For me, I don’t have to like a character to be interested in them, and I don’t need redemption at the end of a novel to feel satisfied by it. I think the European appetite is more open to being in a state of discomfort. As a reader, there are crime novels that I’ve gotten half way through and thought of as being a bit too sanitized, when I know that it’s all going to be neatly resolved at the end.

I went to a conference last week, and one of the questions was do you write to entertain? And all the other writers, immediately, said of course entertainment is important, it’s the most important thing, and I have to say I really hesitated, because I felt like I should say it’s important to entertain, but actually that’s not really what I believe. If I was going to see a play at the West End, I would not go and see Mama Mia – even though I know it would entertain me. If I’m going to give some of my time, I want more than that. I don’t read a book to be entertained, I want to be left thinking, or unsettled or something! But it’s a dangerous thing to say – I don’t want to be perceived as putting my work on a different footing. I can think of books that have entertained me, that I’ve whizzed through, but I wouldn’t have been able to tell you what they were about come the next evening. It’s pure XFactor, it’s pure entertainment. When you write a novel, you invest years. If I’m investing years into something, I don’t want it to simply be about making someone feel entertained.

Parts of the novel are very harrowing and difficult to read, particularly some of Rose’s recollections. Were these scenes difficult to write?

Yes. That’s the heart of it. It’s not easy to read and it wasn’t easy to write. Those sections of the book that people say they cry in, well I was writing that section and I was crying. I want my reader to engage in this difficult stuff, and as a writer I was very engaged. I had a baby in the house, and I was a new mother myself, so it was very very real to me. I was writing about a baby’s death when my own baby was so young. It was difficult to write, but then again, I couldn’t really have written anything else.

The readers who really get The Woman Before Me are the readers who are thinking about motherhood, or in relationships dealing with jealousy – those are the people that say to me ‘I totally get what you’re saying.’

I felt empathetic towards Rose while I was reading. Her situation is relatable, because it’s realistic. Is this something that you hoped to get across?

I don’t think it was a conscious decision to get the reader on Rose’s side, but as an ex probation officer, when you’re working with somebody, you have to, on some level, be with them. Even if you think they’re dangerous and you’re trying to stop them from committing another crime, you have to be somehow in their heads, and know where they’re coming from. And that’s what I wanted to get across – Rose isn’t evil, she wasn’t born evil, she was created by a lot of pain, a difficult childhood, and that’s what I saw in the people I worked with. That’s the problem I have with a lot of crime novels – you get this portrayal of evil, and you don’t know where it’s come from.

You can definitely see the way Rose has been sculpted by her childhood.

It’s something I think about a lot – where the pain has come from, why is this person doing this? If I read a crime novel or watch a television programme, and those questions aren’t answered, that’s what I find frustrating.

Why did you choose to write Rose’s narrative in first person?

Rose’s is the head I’m more interested in. Cate has got her own troubles, but for me, she’s not so interesting. She hasn’t done anything too deviant. In all my novels I’m in the head of the criminal. It’s like having a puzzle, and you have to put the pieces together, and that’s the picture I want to see at the end. As a probation officer, you’d have to think ‘does my assessment make sense?’ As a writer, you have to think ‘does it make sense that this character would do this?’ You can never really explain why somebody’s done something, but it has to be believable.

But not everyone who has had a difficult upbringing will become a criminal; surely personality is involved too?

Most people who are abused don’t go on to abuse, most people don’t ‘go bad’, and that’s something that interests me as well. People go through abuse and neglect and I want to know why it floors them in a certain way, while others rise above it. It is also a personality thing, so then you have to make that personality believable. Rose is so trapped in her cycle of jealousy, feeling no one loves her, and then there’s this moment of power. Another day, another 24 hours and she wouldn’t have done what she did.

Do you think that Rose is mentally ill or a victim of circumstance?

Cate Austin’s character reappears in The Sacrificial Man. What made you decide to continue Cate’s story?

Originally in The Woman Before Me there was much more of Cate, her background and why she became a probation officer. So I had a lot of material left, and when I started The Sacrificial Man I hadn’t done with Cate. I want Cate more at centre stage in the third Cate Austin novel. Maybe then I’ll be done with her – she’s got her moment to come, she’s always been in the shadows.

Do you feel you’ve grown as an author over the past few years?

Definitely. You always hope as a writer that the novel you’re working on now, is going to be your best one, and that’s the way you should feel. If you feel that the last novel you wrote was your best, then you’ve kind of lost your ambition. So definitely my style is growing and changing. The Woman Before Me is not a novel I’d write right now, because I’m in a different place. Once the novels are published I don’t want to read them! They’re done for me, and you have to keep learning. I’m really good at taking feedback and criticism, because I think this is a gift, and I want to make the most of it.

What’s next for you? Do you have any new novels in the pipeline?

My next novel is called My Sister and Other Liars. It’s going to be submitted by my agent next week so we’ll see!

Pre-order the book, which will be released on the 31st of October, here.